On a monthly basis, lifeseek.org will be featuring a thought-provoking essay that is designed to stimulate healthy dialogue and a collective resolve to seek the face of God for answers of some of the most pressing issues of our age. Your participation and feedback is very important to us and we encourage you to leave your comments, facebook or tweet this post after reading. 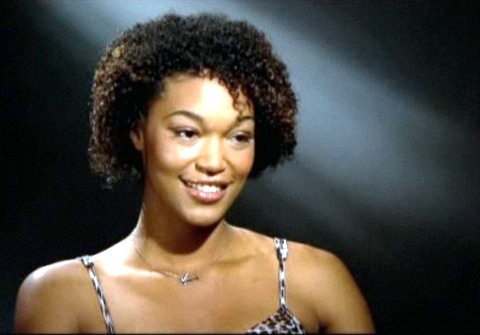 Its really hard for me to watch this video on the surface, and not be drastically unmoved by the facade of happiness and youthful “exploration” that is shown by Montana Fishburne. In case you didn’t know, Montana Fishburne, is the daughter of actor Laurence Fishburne. You know Morpheus from The Matrix? She currently has the Internet buzzing about her recently released sex tape. Being a father to a daughter, I could not even begin to feel the disappointment, shame and hurt that Laurence Fishburne is experiencing.

As parents, this is not the career path that you envision for your little girl, and what’s so ironic about this whole thing is according to Montana, she had a “privileged” life of travel, choice education and just about anything she wanted.  She even said although her mom and actor father divorced while she was at the tender age of 2 she still had a “good” relationship with her father.

So this made me ask, was it the divorce of her parents that affected young Montana? Or was it the lack of attention from her father, as he was away pursuing his acting career? How is it that her lost of virginity can turn into an all-out fascination to use her talents in an industry that has a reputation for swallowing young girls up. Why not pursue thespian aspirations as an alternative route? I mean your father is Laurence Fishburne, right?

Was this an issue of survival? According to Haley Volpintesta, a Chicago-based human rights advocate with 10 years experience working with youth impacted by the sex trade, the juvenile and criminal justice systems document that while many young women are coerced into prostitution, many others engage in survival sex. That is to say that they are in the practice of trading sex for basic needs like food and shelter, even in the Unites States of America.

“They may see their involvement in the sex trade as temporary, until they can figure out how to get their needs met in other ways,” she says.

It was reported that her father was starting to take some of her privileges away, such as her car and other things, but this in no way threatened her well-being or prevented her from getting her basic needs met.

So what was it? A case of innocent rebellion? Whatever prompted her actions, the bottom line is that this episode of exploration has made its course into the mainstream and into the homes of millions of Americans. Whether you have a sister, step-daughter, niece, friend, or a daughter between the ages of 13-18, this will have an interesting affect on them.

If you don’t believe me, check out Montana’s recent tweets,

“It’s too late fools. Me and @ihatekatstacks are the next generation’s ROLE MODELS. You had your chance and decided to go to college smh hoes”

Although, I’m not blaming Montana for the ills of the world, it should be noted that when the media magnifies her intentions, it does have a direct or indirect influence on the rest of us.

It especially presents a challenge for parents that already have a tough time dealing with their teenage son or daughter that hide in the crevices of their room chatting with their friends online. This challenge is especially significant in a time when there is a power struggle for influence over the minds of teenagers. In the case of Montana, her dad being a famous actor and probably being away from home because of his work, is not much different than most American families now. In this day and age, it is likely that one or both parents must work to earn a half decent living. Given this dynamic, it is easy to understand the tensions between parent and child.

There are a number of factors that affect the bond between father and daughter. The daily grind of family life and employment can affect the strength of this important bond. According to studies, “men still spend an average of 15 more hours a week at work and commuting than their employed wives do, and American fathers spend about 70 more hours each year at work than do men in other industrialized countries. Dads still don’t have as much time as moms to be with kids.” In the same study, it was found that “father absence was an overriding risk factor for early sexual activity and adolescent pregnancy. Conversely, father presence was a major protective factor against early sexual outcomes, even if other factors were present. Girls who have poor relationships with their dads tend to seek attention from other males at earlier ages and often this will involve a sexual relationship.”

“This surprising characteristic of strong father-daughter relationships was not duplicated between mothers and daughters.”

So with the increased absence of the father, whether it is by overworking or just plain absenteeism, what messages does this send little girls who are looking for the approval of a male figure? In particular, what about little black girls? Drawing on research from several books she authored on the topics of the Father-daughter relationship, professor of adolescent psychology and woman’s studies at Wake Forest University, Linda Nielsen, states that 70% of all black children are born out of wedlock. Most of the time all we hear about absent black fathers is the negative impact on young black men.  What about the impact on black daughters?  The emphasis is on the boys, and how much they need their fathers, but the highest rate of AIDS infections right now in our country is among teenage girls.

Why is this? My assumption is these girls are  dating guys and having sex too early. Most likely the girls are coming from a poorer family where the father is not present leading to girls at the ages of 12 and 13 engaging in unprotected sex with multiple partners. Oftentimes their partners are drug users and alot older than them. The fact that these men are usually older shows that the girl consciously or unconsciously is looking to fill that father void. It seems that there is a strong connection between the increase in Aids related infections amongst black young women and the issue of absentee fathers.

Who Is To Blame?

When they do not see their father presently active in their lives it induces a counter-intuitive reaction for the young girls need for male affirmation and begins a process where the little girl is searching for this affirmation elsewhere.  It also could be a case of mere rebellion. Montana gives a hint of the fruit of her rebellion from the reactions of an absent father:

Don’t blame me…blame yourself! If you spent more time on Twitter than with your kids this week.#YouToBlame

So who is to blame? Parents? Society? The girls? I think the blame is placed on those who are not willing to take responsibility for the little girls in their life that are trying to find their way. Nas, had a prophetic song on his second album, It Was Written called Black Girl Lost and tapped into the conscience of this girl:

Diamonds all shinin, lookin all fine

Mother of the Earth, she made you and I

Messin with my mind, emotional thangs

And there goes.. a black girl.. lost

We want to hear your thoughts and experiences:

[Editors Note: According to multiple sources on the Internet,  Montana Fishburne recently admitted herself into a mental facility  in Southern California and Montana will be there at least 30 days. Sources say part of Montana’s stay will be devoted to anger issues, but she’ll also undergo diagnostic tests to determine if there are underlying behavioral or mental issues. Please keep her in  your prayers.]
Tremayne Tatem, currently resides
in  Allentown, PA with wife
and two children.Graduate of Temple
University, in Philadelphia,PA and
co-founder of lifeseek.org. Tremayne
spent almost a decade in the Christian
entertainment circles as a rapper and
on the business side of things. Tremayne
has passion for communicating where
culure and Christianity collide to
find the love and wisdom of God. You
can find him blogging his thoughts
at lifeseek.org and tremaynetatem.com.
[1]E Online. “Montana Fishburne Talks Porn Career.” August 2010.http://www.eonline.com/videos/v56743_montana-fishburne-talks-porn-career.html
[2] Huffington Post, “Montana Fishburne: I’m A Role Model”,August 2010.http://www.huffingtonpost.com/2010/08/13/montana-fishburne-im-a-ro_n_681286.html

[3]Linda Nielsen,vison.org:Insights and New Horizons, “The Lost Relationship:Fathers and Daughters”,Fall 2007 http://www.vision.org/visionmedia/article.aspx?id=3136
[4]Gina Step, Vision.org:Insights and New Horizons, “Like Father, Like…Daughter?”, July 2007 http://www.vision.org/visionmedia/article.aspx?id=3438
[5]Desiree Gordon, “The Absense of Black Fathers In The Home.”, November 2008. http://www.helium.com/items/1096000-absent-black-fathers
Tremayne Tatem, currently resides in  Allentown, PA with wife and two children. Graduate of Temple  University, in Philadelphia,PA and co-founder of lifeseek.org. Tremayne spent almost a decade in the Christian entertainment circles as a rapper and on the business side of things. Tremayne has passion for communicating where culture and Christianity intersect; to identify how the love and wisdom of God is seen in both worlds.You can find him blogging his thoughts at lifeseek.org and tremaynetatem.com.

So much can be said about who I am, because I am always changing, growing and evolving. However, the last time I checked I am first and foremost a follower of the ways and teachings of Jesus Christ, a son, a brother, a husband, a step-father, an uncle, a co-founder of lifeseek, a modern & contemporary prefab architecture enthusiast, an educational sales consultant for the Wall Street Journal, a buffalo hot wing connoisseur, an imagination engineer, an avid reader, a basketball player, a culture shaper, a hip hop head, a big dreamer, a lot of fun and serious all in one, a post modern thinker,a poet, and a friend. View all posts by Tremayne Tatem →